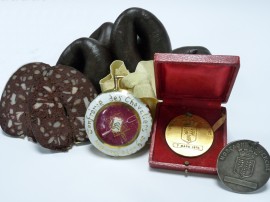 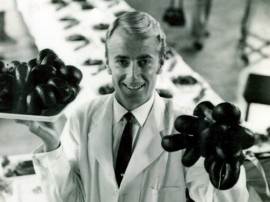 Our black puddings have won lots of awards over the years and today we are the UK's largest selling retail brand.
Back in the 1970's Jack Morris was made a 'Chevalier Du Boudin Noir' or 'Knight of the Black Pudding', a prestigious title and one which demonstrated the quality of our products; quality which has never been compromised to this day.
With a host of other awards, Jack decided that his puddings had been given sufficient accolade and went on to establish the 'Best Black Pudding in Great Britain Competition'.  The contest, which Jack judged for many years has been instrumental in the continued success of the UK's specialist black pudding market, shining a light on smaller producers over the decades.

More pages in this section